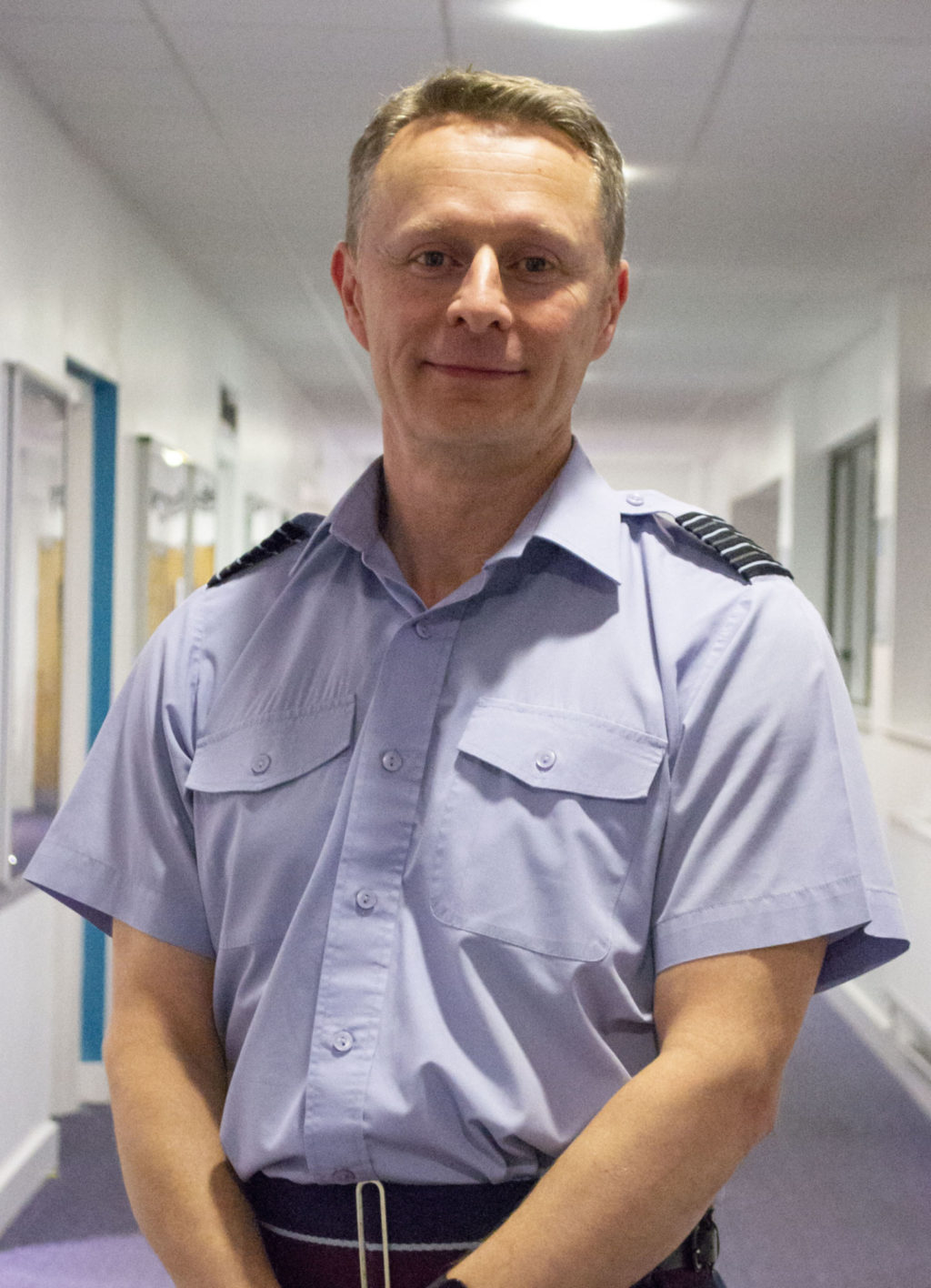 Tony has commanded at flight, squadron and wing level, spending over 17 years in direct support of front line operations for Hawk and Tornado. Enlisting in 1987 as an Apprentice he initially trained as an airframe and propulsion technician, before commissioning as an engineer officer in 1999 after completing a cadetship at the Royal Military College of Science. Initially employed on Tornado F3, he twice deployed on operations in support of Iraq’s Southern No Fly Zone. In 2001 he planned and delivered the first air move by C17 of Tornado F3 to the Falkland Islands. He was appointed Senior Engineering Officer of 2(AC) Squadron in 2006, responsible for the first line maintenance of the squadron’s fleet of Tornado GR4, culminating in deployment to Operation TELIC. As OC Engineering and Logistics Wing at RAF Lossiemouth, he commanded a team of 750 personnel and held airworthiness responsibility for 3 Tornado GR4 at Minhad. In 2014 as Chief of Staff Support he led the planning for the redeployment of 904 Expeditionary Air Wing from Kandahar, Afghanistan. He took command of RAF Wittering and the A4 Force Elements in June 2017.

STAFF. Tony has a strong acquisition and support background having worked in the Defence Logistics Organisation as Hawk Fleet Manager and the MOD Saudi Armed Forces Project managing the end-to-end engineering and logistics support of the RSAF’s Hawk Mk65 fleet. More recently in Defence Equipment and Support he reviewed airworthiness standards for Rivet Joint as it entered RAF service. In 2010 he joined the then newly formed Military Aviation Authority where he was responsible to the Director General for oversight of the MOD’s finance and military capability planning process. A second strand to this role was engagement with regulators of rail, aviation, education, healthcare and the utilities to inform the design of the MAA’s future operating model. Promoted to group captain in May 2015, Tony was posted to Joint Forces Command where he was employed in Joint Warfare as the Chief of Staff for the Anglo-French Combined Joint Expeditionary Force; latterly the role expanded to include development of an assurance concept for the UK’s operational level headquarters. In 2016 he returned to MOD, again employed in the field of finance and military capability.

QUALIFICATIONS. A graduate of the Advanced Command and Staff Course and the Windsor Leadership Trust, Tony holds a Bachelor’s Degree in Aeromechanical Systems Engineering and a Masters in Defence Studies. He also undertook distance learning for a Master of Business Administration (Defence) from Cranfield University whilst a squadron leader.

OUTSIDE WORK. Tony is married to Bobby and they at RAF Wittering with their two children. Tom (18) and Alice (19) – Tom is in his last year at King’s School Ely and Alice is in her first year at University College London. Tony enjoys running, cycling and long walks with his dogs and camera. He is also a Science Technology Engineering and Maths Ambassador, the RAF’s deputy LGBT+ Advocate, trustee of the RAF Halton Apprentice Trust, a mentor for the Arkwright Scholars, Chartered Engineer and Fellow of the Royal Aeronautical Society.