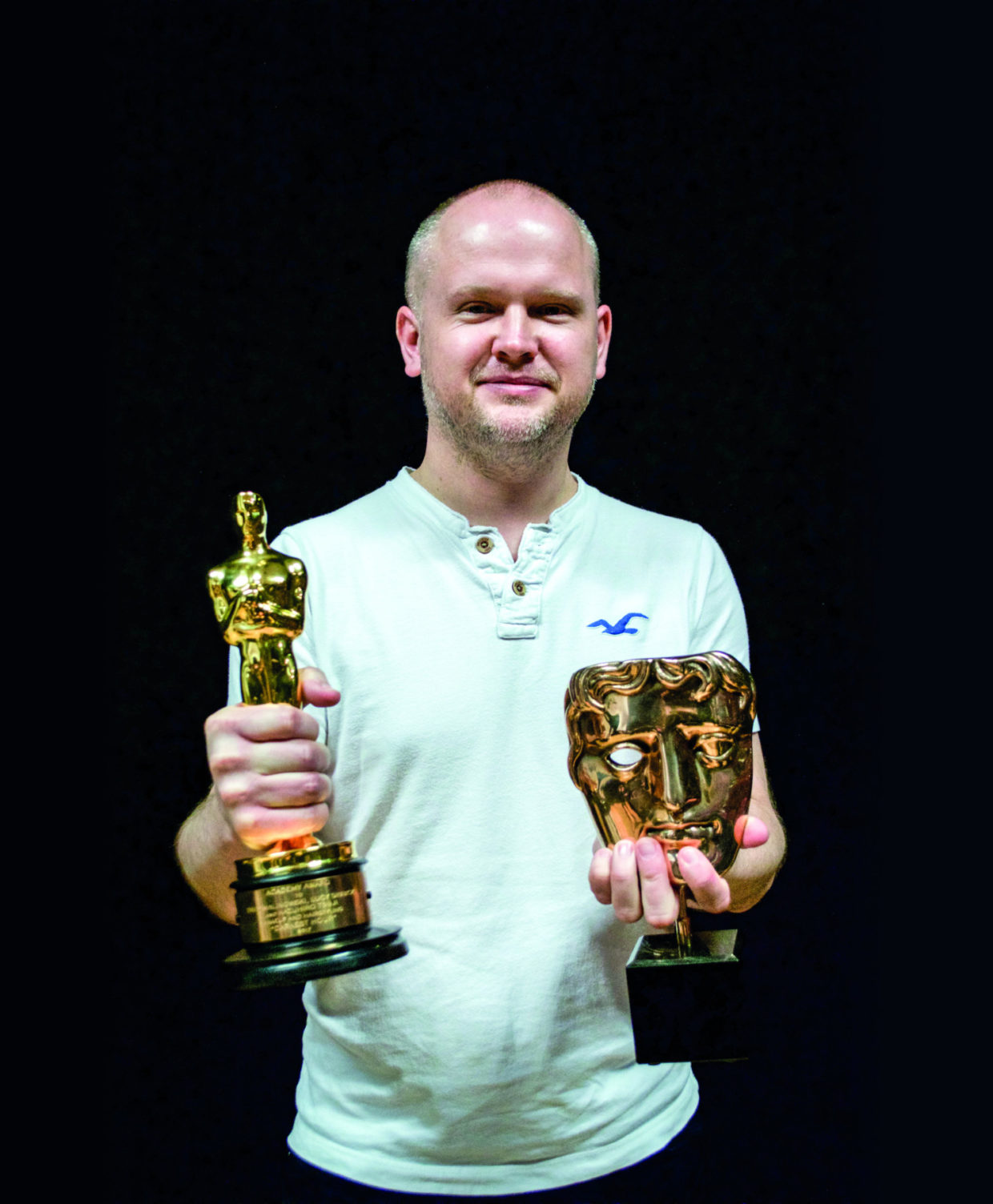 New College Stamford Alumni David Malinowski was awarded a BAFTA and Oscar for Best Make-up and Hairstyling for his work on The Darkest Hour, transforming Gary Oldman in to Winston Churchill.

David had always had a passion for the subject but didn’t realise that he could study and progress in to such careers until he visited the college back in the 90s where he gained the basic skills and techniques that our students do today.

He said: “I’d always wanted to get in to make-up but always assumed you’d have to be in America to do it, until one day I was driving past the college with my Dad and I saw this course offered at the college and thought yes… that’s it, that’s exactly what I want to do! I signed up for the course, brought the make-up kit and that was the start of what I do today.”

After leaving the college in 1996 he then started his career working as a make-up trainee. His first credited role was on the set of ITV’s London’s Burning and creating the scenes of a huge train fire filmed at the Nene Valley Railway in 1997.

From then David’s career took off. He did work experience on the BBC’s Casualty and then gained a full time role at Madame Tussauds where he helped create wax works of many familiar faces such as Orlando Bloom.